The 16th century may, in fact, be considered to be a long transitional period. The foundations of the “late historical” period and the final developments of the systems and schools of the “early historical” period can be traced to this era. It is within this period that the use of the sword as a civilian sidearm became common practice, first appearing in 15th century Spain. However, though we have texts on swordsmanship from the 15th century, it is not until the 16th century that we find numerous surviving treatises clearly documenting civilian systems of swordsmanship. In this period we find both the explication and definition of a system that already existed in the 15th century in the work of Achille Marozzo and, seventeen years later, the exposition of a new approach in the writings of Camillo Agrippa. The 16th century also saw the birth of an entirely new civilian school in Spain with the writings of Don Jeronimo de Carranza. 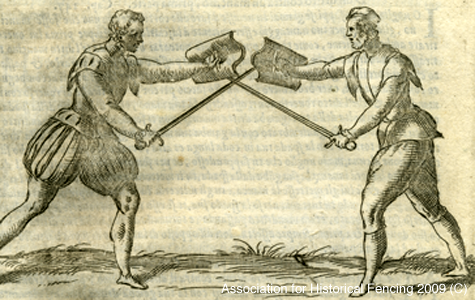